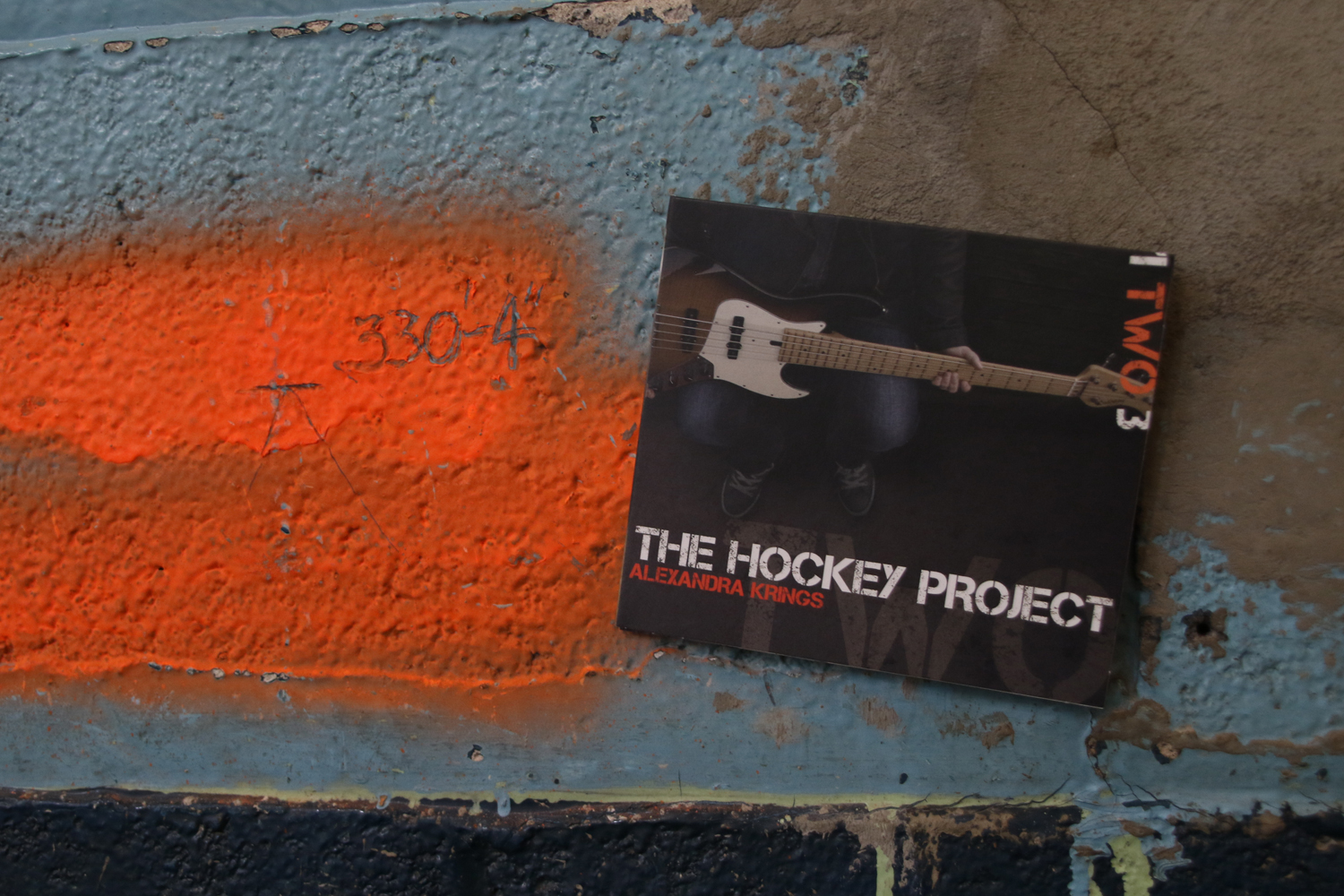 SIDE BY EACH RECORDS

You get to play your favourite bass. You meet great people. You record with great musicians. You lose your wallet. In Detroit. You say „no vibrato“ at least 1000 times. You get to rent an ice rink for a photoshoot. You get to write. You learn to skate. You find a story in the paper. You meet people playing djembe while riding a bike. You get to work with Juno award winners. You are late.  You embrace the challenge. You reconnect with great people. Someone loses his life. You get Ebay to steal your stuff. You get to found your own record label. You make peace with people holding a grudge. You bet on your jersey number twice in a row and win. Both times, You get your wallet back. You get to travel. You lose friends.You make new friends. You get to spend money. You get a new tax accountant. And a new audio interface. You get to pick your jersey number. You make the team. You get people say thank you for the challenge.  You get to spend the best New Year’s Eve ever. You get to ride the train and drive your car (a lot). You overcome your writer’s block. You get to make other people’s songs beautiful. You score. You realize somebody doesn’t own a CD player. And you listen to the fucking song.

„side by each records“ is a German Independent Label, specializing in progressive Jazz and acoustic music. It was founded in Cologne, Germany in 2014 by bass player and arranger Alexandra Krings 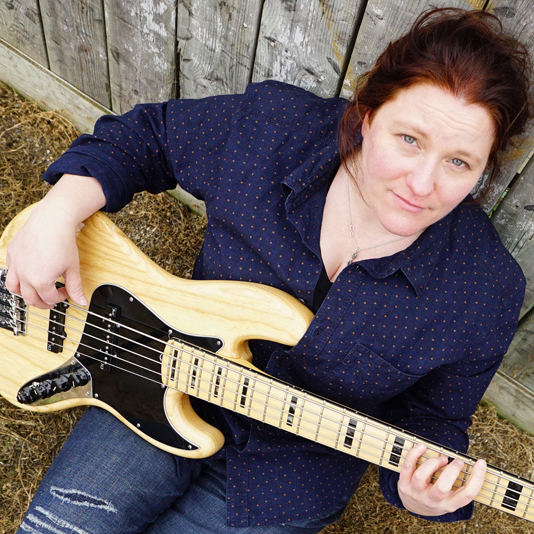 Alex is the boss at side by each. She makes sure only the best musicians get to play on the records. Of course only superb music will be released here. In addition to that, only the most beautiful pixels make the selection for the cover art (did you think we release beautiful music with a cheapo cover? Seriously!) As the music as well as the pixels are very precious, Alex picks them up in Canada in person. We also mix and master there. And on our way back, we can bring lots of Maple Syrup.

If she isn’t busy working on the next production, she is a professional bass player (and yes, you can graduate in that. She did, by the way).

Of course, with all that going on, she won’t have time to answer the phone. But that’s why there is the Naked Office Guy. And the tiny blue elves. 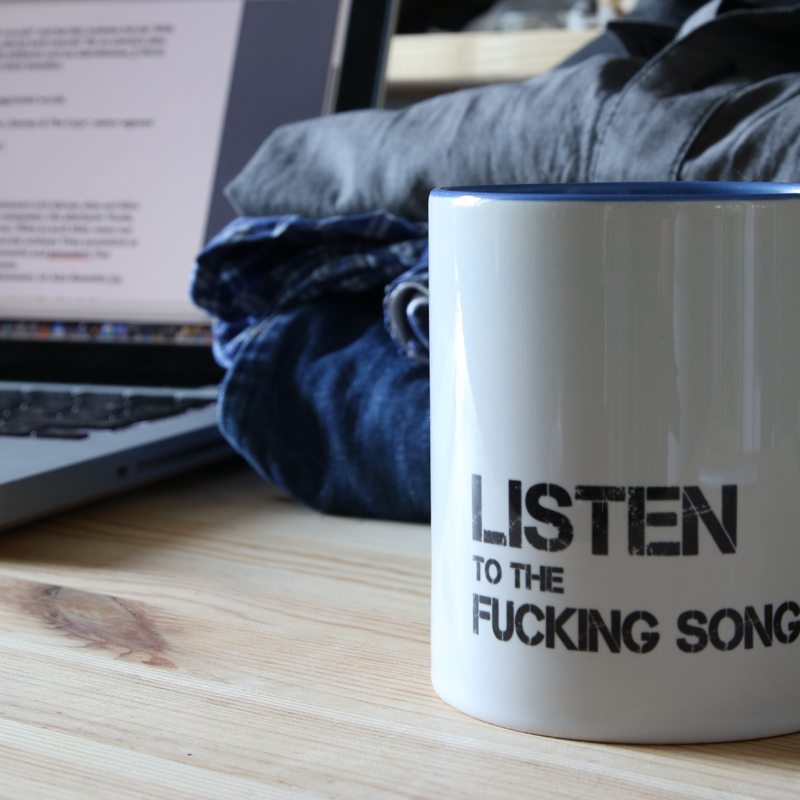 Stanley is the Naked Office Guy at “side by each records”. He is responsible for all paperwork, emails, photo and audio editing, and of course, his favourite: designing T-Shirts, then ordering them two sizes too small. Occasionally, he even answers the phone.
He loves music and the Detroit Red Wings.
Stanley was invented just as the „The Hockey Project (one)“, the first CD in the series, was finished.
Unfortunately, he doesn’t do the dishes.
He is the lead singer in a band called “Stanley & The Cups” when he’s not working (well, that doesn’t happen too often…).
Did we mention he’s invisible?

Progressive Jazz, covering a wide range of diverse moods, played by a powerful rhythm section and a high caliber horn section. Be prepared for additional unexpected appearances (and don’t forget to check out the CD cover which features Maple Leaf Gardens, Toronto’s historical hockey arena). 13 musicians from Germany and Canada will take you to center ice, into the penalty box and maybe even right onto the blade of the player who’ll score the game-winning goal. Performed with guts, passion and a sharp edge. Welcome to the 2nd period. 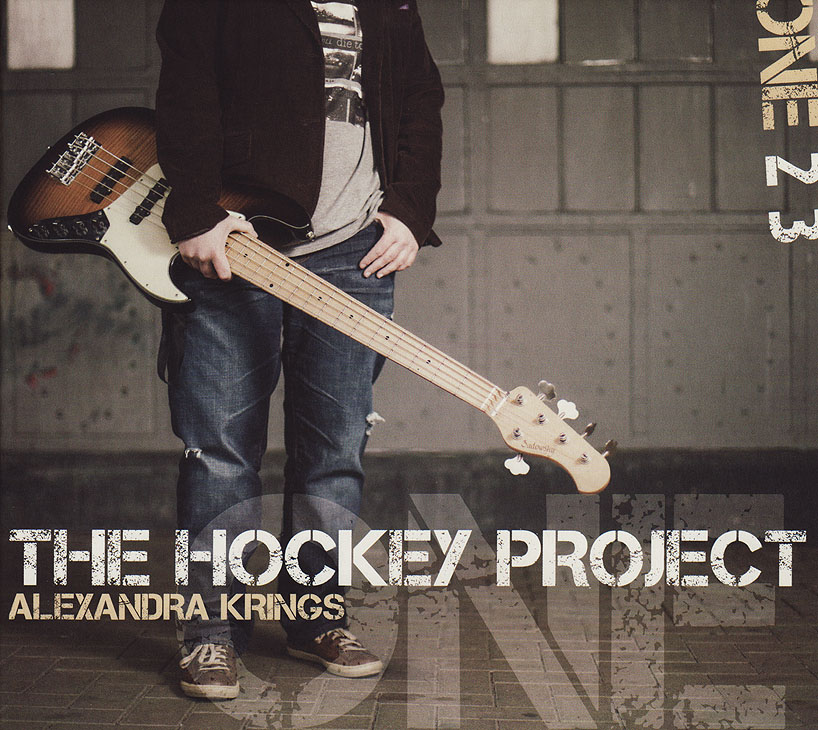 THE HOCKEY PROJECT | ONE